Discover a world of lush landscapes, picturesque lakeside cities, historic temples and ancient citadels during your tour in Sri Lanka. 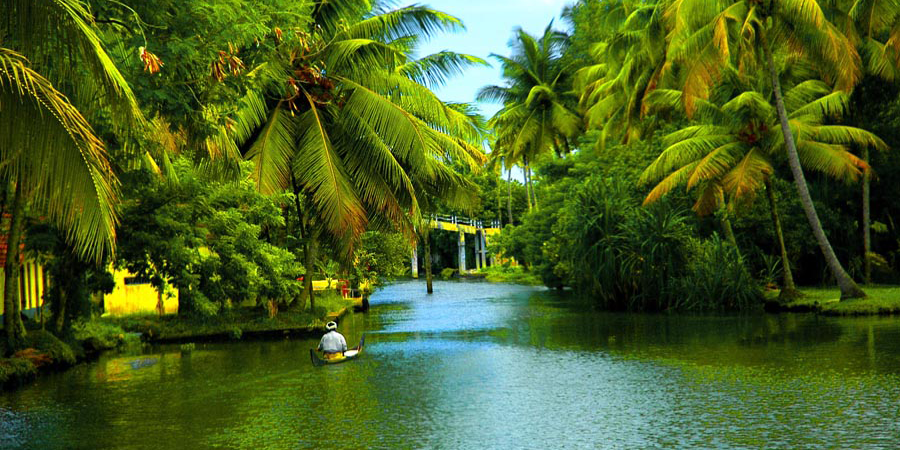 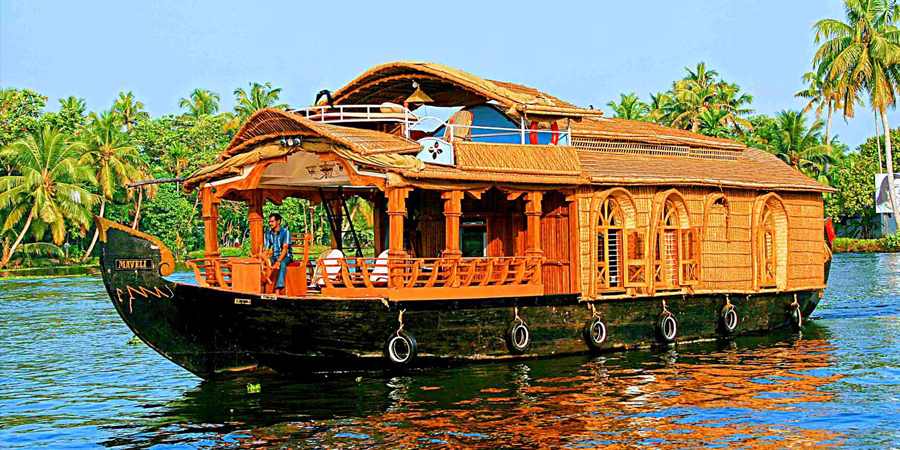 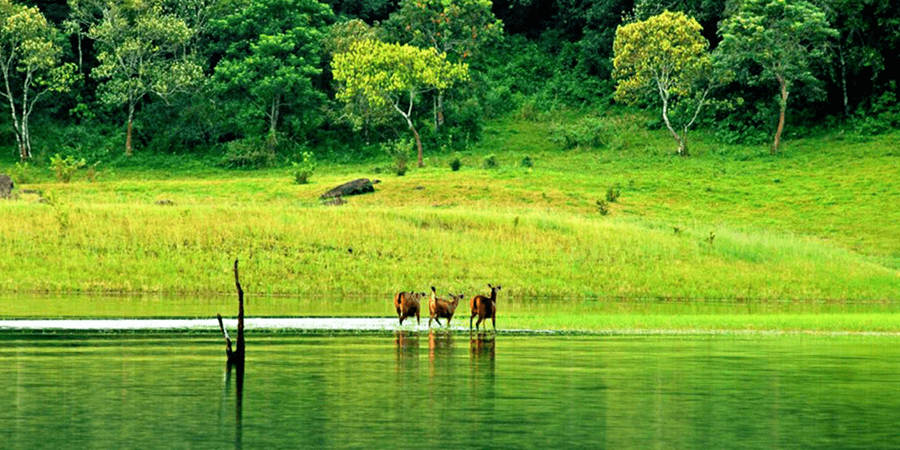 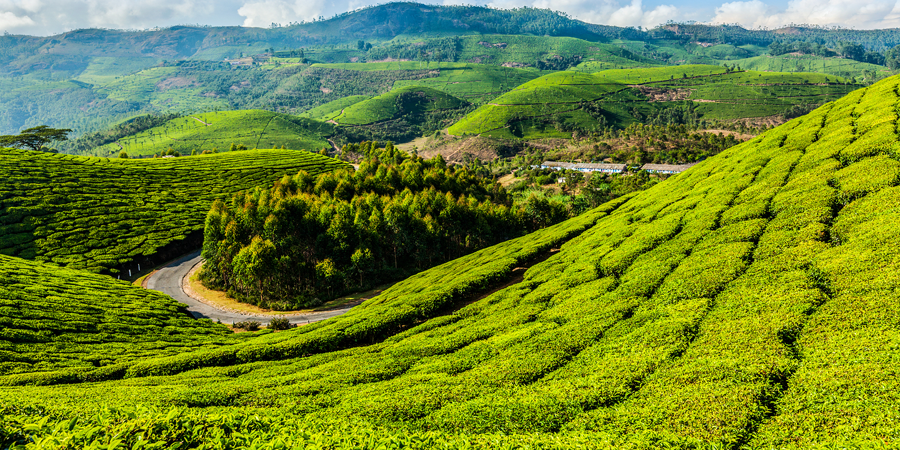 Arrival at Colombo Airport for meet and greet by White Magic Travels Travels guide and transfer to your accommodation for check-in at the Hotel.

Overnight on a bed-and-breakfast basis in a Colombo hotel.

After breakfast do a city tour of Colombo. Vibrant, bustling and colourful Colombo offers a stunning contrast to the rest of the country. Here skyscrapers grow out of historic colonial era districts near the port yet this modern metropolis never loses its old world charm. Visit the famous Pettah bazaar, Hindu and Buddhist temples such as the Gangarama and Sri Kailawasanathan Swami Devasthanam Kovil, and some of the city’s residential areas such as Cinnamon Gardens, where you find prestigious addresses such as the Prime Minister's Office, Independence Hall, Colombo Town Hall and the National Museum as well as the stately homes of the affluent.

Overnight on a bed-and-breakfast basis in a Dambulla / Habarana hotel.

Begin on a high with a climb to the fifth century Sigiriya fortress, which sits atop a rock that dramatically rises almost 200 metres above the rainforest King Kashyapa built a citadel at the top of this giant boulder known as the ‘Lion Rock’, which was the innermost stronghold of a vast fortified city. In time it came to be abandoned and forgotten, covered by dense overgrowth until the British encountered it and began a painstaking archaeological exploration. Today, the terraced gardens and cisterns, the moat, the ‘Mirror Wall’ and the fragile frescoes of the ‘heavenly maidens’ among the other remnants of this once thriving city offer only a tantalising indication of what once stood here. Pass through the lion’s ‘belly’ and climb to the top via a spiral staircase that snakes its way around the rock. From the summit, enjoy breathtaking views over the surrounding landscape and beyond into horizon. In the afternoon, discover the well-preserved ruins of the ancient city of Polonnaruwa. Built about 1,000 years ago, it features a large artificial lake, which is still in use and feeds a network of irrigation canals, the remains of a royal palace and a number of temples and administrative buildings. Admire the Gal Viharaya with its four statues of the Buddha carved out of rock, the Audience Hall, the Lotus Bath and the statue of King Parakramabahu. Contemplate also the Shiva Temple, the Lankathilake, the Watadage, the Galpotha and much, much more.

Overnight on a bed-and-breakfast basis in a Dambulla / Habarana hotel.

Continue to the Golden Temple of Dambulla to explore this 2,000-year-old sacred pilgrimage site carved deep inside a mountain. This awe-inspiring complex of five caves is a UNESCO World Heritage Site that features thousands of metres of painted walls and ceiling, and contains more than 150 images of the Lord Buddha as well as a few of deities and Sri Lankan kings. Each cave dates from a different era and tells its own story, with defining aspects such as a colossal 14-metre Buddha statue carved out of the rock or a frescoed ceiling with more than 1,500 images of Buddha. Enjoy a scentful start to the day with a visit to a spice and herb gardens in Matale. Sri Lankan spices such as turmeric, nutmeg, cardamom, cinnamon and lemon grass are considered among the best in the world. Witness a cookery demonstration and learn about the culinary and therapeutic values of these products. Proceed to Kandy for a visit to the Peradeniya Royal Botanical Gardens, whose origins can be traced back to the 14th century. The British, always keen gardeners, gave them a structure and introduced a variety of plants and flowers, creating the blooming fields of orchids and fragrant spices you see today… there’s even a tree planted by King George and Queen Mary in 1901. While to stroll along the ‘Avenue of Palms’ that opens onto the Great Lawn with its solitary giant Java willow tree is a spine-tingling sensation.

Overnight on a bed-and-breakfast basis in a Kandy hotel

Kandy renowned for its beautiful lakeside location, framed by lush hills, and an all-pervasive divinity but the jewel in its ever-resplendent crown is surely the Temple of the Sacred Tooth Relic. This stunning complex, the holiest of all for Sri Lankan Buddhists, was built in the 16th century solely for the purpose of housing a relic of one of the Lord Buddha’s canine teeth. The tooth relic is ritually cleansed every week by monks and the scented waters they use are considered holy. Situated on the banks of Kandy Lake, the innermost section where temple itself is located is surrounded by a moat and wall. Other notable structures include the Golden Canopy, the New Palace and the Royal Palace, the old courthouse, the Queen’s Bathing House, the National Museum and the sanctuary. Contemplate in peace the magnificent period architecture and experience the tranquillity of the atmosphere. Cap off the day with a night at a dramatic cultural show, which features 12 folk and traditional dances accompanied by ceremonial drums and a drum orchestra. And prepare for a sizzling fire walking performance that will have you on the edge of your seat.

Overnight on a bed-and-breakfast basis in a Kandy hotel.

Savour Sri Lanka’s most famous product with a visit to a tea plantation and factory. Observe the tea production process from the picking of the leaves to their grading and selection, and finally the manufacture of dried tea leaves for drinking. Cap off this experience with a tasting of genuine Ceylon tea in the factory. Continue to Nuwara Eliya, the picturesque lakeside town that is Sri Lanka’s proud ‘tea capital’ and which is also known as ‘Little England’ because of the preponderance of tidy bungalows with rose lawns, not to mention a Victoria Park, a racecourse and an 18-hole golf course that is considered one of the best in south Asia. It was in the hills around Nuwara Eliya, which means ‘City of Light’, where the British introduced tea production to Sri Lanka in the mid-19th century thus creating the highly regarded variety known as Ceylon, the name by which they called the island. Other attractions near this charming relic of empire include the evocatively named Lovers’ Leap waterfall and Sri Lanka’s highest mountain, the 2,500-metre Pidurutalagala, which overlooks the town.

Overnight on a bed-and-breakfast basis in a Nuwara Eliya hotel.

Drive in a south-easterly direction passing through tea plantations, verdant landscapes – including a nature reserve –and remote highland towns such as Ella. Continue towards the temple of Buduruwagala, near where more than 1,000 years ago seven statues of Buddha and other revered figures were carved into a rock. At 15 metres, the middle sculpture is the tallest Buddha statue in the island. The carvings are a few hundred metres from the temple and are approached through a clearing in the jungle. Begin the descent from the central highlands and continue to Yala National Park for a Jeep safari. Over the next three to four hours, explore this vast natural wilderness, which goes all the way to the sea, giving it a scenic ocean frontage and a truly wild and exotic aura. It features terrains of grassy plains, deciduous forests and sand dunes, which combine to make ideal habitats for thousands of species in Yala. The park is home to hundreds of elephants, boars, buffalo, sloth bears, deer, crocodiles and the endangered Sri Lankan leopard.

Overnight on a bed-and-breakfast basis in a Yala hotel.

Breakfast at the hotel is followed by a scenic drive to Galle with the waves of the Indian Ocean crashing against south coast for much of the route. Straddling a beautiful bay, Galle is a multicultural city with a rich colonial heritage, having been colonised by the Portuguese, Dutch and British. The Dutch-built fort is a UNESCO World Heritage Site and it features a labyrinth of tightly packed alleys and lanes of historic homes and buildings. The bastions along the fortified sea wall still stand guard against the fury of the ocean while the picturesque Dutch Reformed Church and a magnificent Meera Mosque add a more spiritual element to this timeless monument. Galle is renowned throughout Sri Lanka for the quality of the handmade lace and ebony carvings produced by local craftsmen. Continue north along the coast to Kosgoda, which is famed for its turtle hatchery. Several species of turtles, including the endangered hawksbill are protected in this refuge. The turtles’ eggs are the most vulnerable as they are left uncovered on beaches all around the coast. These eggs are brought to the hatchery by fishermen. View the huge tanks filled with new born but lively hatchlings. After being fed, the hatchlings are taken to the sea and released when they are a few days old.

Overnight on a bed-and-breakfast basis in a Kalutara hotel.

After breakfast at the hotel, transfer to Colombo Airport to connect with your outward flight.

Explore Sri Lanka high and low with this fascinating round-trip starting in the capital, Colombo, and taking an inland loop that covers all the main historic, cultural and natural attractions of this magical island. Discover a world of lush landscapes, picturesque lakeside cities, historic temples and ancient citadels. Meet some of the friendliest and gentlest creatures in the animal kingdom and breathe in the fragrances of Sri Lanka at herb and spice gardens. Enjoy, too, cultural shows and spiritual experiences over nine unforgettable days travelling across the earthly paradise. Groups vary in size but are typically made up of about 6-10 travellers.

Package rates per person sharing twin/double room in US dollars.

Comfortable and light clothing is the most suitable for travelling in Sri Lanka. Visitors should not wear sleeveless shirts, shorts, short skirts or skimpy clothing when visiting temples, religious or official buildings. Shoes should be removed before entering a temple or private house. Sun protection, sun glasses, a hat and mosquito repellent can be very useful during your stay. Clients arriving in early morning flights will be transferred to the Gateway Hotel to wait in a comfortable environment until the last tour participant has arrived.